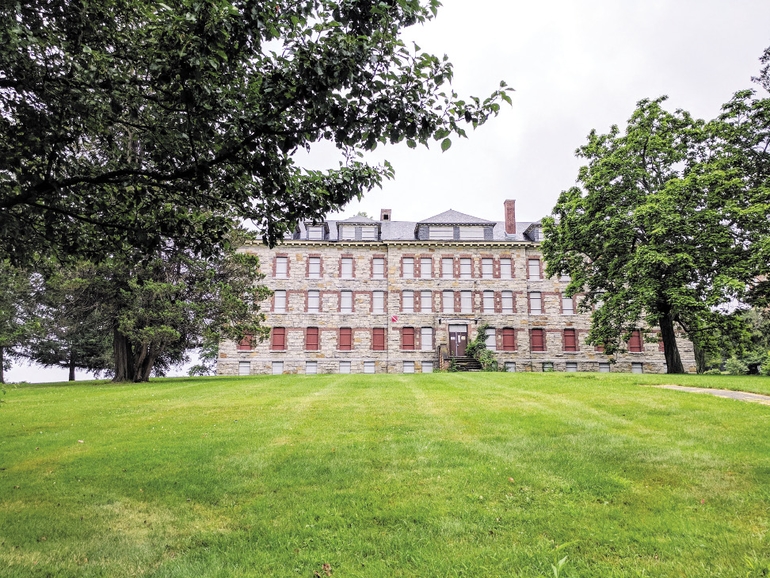 WORCESTER – The city administration is recommending a tax-relief plan for a proposed $60 million biomanufacturing facility to be developed by WuXi Biologics USA, LLC on the site of the former Worcester State Hospital.

The two-story, 107,000-square-foot building will be constructed on roughly 7 acres in the new 46-acre biomanufacturing park, known as The Reactory, at 305 Belmont St.

The park is being developed by the Worcester Business Development Corp. and WuXi Biologics, a global Chinese biomanufacturing company, will be its first tenant.

Under a 20-year tax increment financing plan being recommended by City Manager Edward M. Augustus Jr., the company would save roughly $11.5 million in property taxes.

During that same period, though, the city is expected to receive $20.7 million in new tax revenue from it.

The property has long been classified as tax-exempt, thus generating no property taxes for the city, because it has been owned by the state.

In addition to recommending a so-called TIF for the proposed development, Augustus is asking the City Council to designate it as a “certified project,” thus making it eligible for state tax credits.

The manager said the proposed TIF plan is an important local commitment to the project, as it will leverage $6 million in state tax credits awarded from the Massachusetts Life Sciences Center to WuXi Biologics.

“The company is a global leader in the biomanufacturing sector and could become a catalyst for other parcels available in the Reactory,” Augustus wrote in a report to the City Council.

“This project will put a previously tax-exempt piece of land onto the tax rolls for the first time in its history, create at least 150 new jobs in the city, and strengthen the success of our life sciences cluster, laying the foundation for future economic opportunities,” he added.

The manager’s recommendation will formally go before the City Council Tuesday night, and the council is expected to refer it to its Economic Development Committee for a public hearing and further review.

WuXi Biologics has executed a purchase and sale agreement with the WBDC to acquire nearly 7 acres at The Reactory for $1.5 million.

City Solicitor Michael E. Traynor, who also doubles as the city’s chief development officer, said the company is doing due diligence as it works on planning, permitting and finalizing economic incentives for the project.

After purchasing the land, Traynor said, the company will invest $60 million to construct a 107,000-square-foot facility on the site. He added that more than $40 million of the total investment is needed just for the company’s state-of-the-art equipment, as well as other furnishings and fit-out.

Last month, the Planning Board approved the site plans for the project.

Traynor said the company expects to break ground on the project this spring and hopes to complete construction within two years.

WuXi’s Worcester manufacturing facility will be its first in the United States.

The Chinese firm has 10 other drug-substance-manufacturing facilities globally. Of those, only two are located outside China, in Ireland and Singapore.

The property where the biomanufacturing facility is going to be built is currently assessed at $1.5 million.

Traynor said when the project is completed, the assessed value of the property will jump to $36 million.

Under the TIF plan, WuXi would pay full taxes on the $1.5 million base value and receive an average exemption of 40% on the incremental value increase of $34.5 million, he said.

That means the company would realize a property tax savings of $11.549 million during the 20-year period, while it would pay the city an estimated $20.784 million.

“All of the tax revenue, including the taxes generated from the base value, are new taxes to the city since the land has previously been tax-exempt,” Traynor said. “It should be noted that this is a local-incentive only application. Rather than the potential state investment tax credit made available through this program, the company has received $6 million in tax credit awards from Massachusetts Life Sciences Center.”

Traynor said the company has agreed to the city’s TIF policy construction goals and has communicated that to bidders.

He said the 150 new full-time jobs to be created represent a broad range of skill levels and educational attainments, from high school degree or college certificate to bachelor’s and master’s degrees and also doctoral degrees.

He said the average compensation, including benefits, across the 150 new jobs is about $70,000 a year.

“The company’s leadership has already started to meet with local educational institutions and other organizations to outline the necessary skills to help create a qualified workforce pipeline,” Traynor said.

He added that the company will meet with the Worcester Jobs Fund Committee in the coming weeks.

Also, the company has committed to establish a program to provide down-payment assistance of $5,000 for employees who are first-time homebuyers, purchasing a new home in Worcester, until it reaches its full 150 new full-time job commitment.

The company also plans to be involved in the Live Worcester Partnership, Traynor said.

The subdivision plan for The Reactory has carved out eight pad-ready sites on the 46-acre property to be served by a public road, water and sewer, and other utilities. The hope is that WuXi Biologics will become a critical anchor for The Reactory.

The city has partnered with the state and WBDC to identify resources and negotiate incentives to secure the first anchor company for the biomanufacturing park.