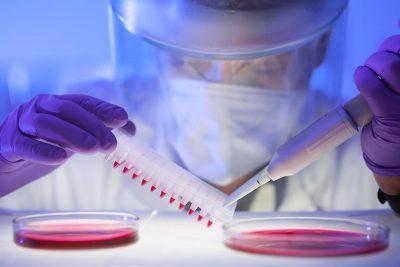 Building on groundwork laid decades ago, the life sciences sector here continues to thrive and evolve, and an event Monday night at Mechanics Hall hosted by the Massachusetts Biomedical Initiatives highlighted the past, the present and the future of the industry and its place in the city.

The Collaborative Vision of Central Massachusetts Life Sciences Cluster event featured a panel discussion that explored the origins of the life sciences sector in the city, and looked to how it can further innovate to cement its position as a hub for biotech activity on the East Coast.

MBI, a nonprofit that dates to the early days of biotechnology in Worcester, is best known for operating business incubators for life science startups, but is re-examining its mission to help companies grow beyond the incubator stage. Part of that initiative is the development of new lab space; with a $3.5 million grant from the Massachusetts Life Sciences Center, MBI plans to lease space owned by Coghlin Companies Inc. at 17 Briden St.

Panelists talked Monday night about strengthening the workforce pipeline, considering quality of life concerns, and investing in the infrastructure that could allow products to be incubated, developed, manufactured, and tested within city limits.

Demolition and planning work continues on the Worcester Biomanufacturing Park on the former Worcester State Hospital campus, an initiative spearheaded by the Worcester Business Development Corp. Officials announced Monday the park will be renamed the Reactory.

Mr. McCready said setting up manufacturing operations there will remove what companies say is a real barrier to growth. He said companies in Massachusetts have excelled at research and development, but have not kept pace in developing reliable, predictable manufacturing. He said when the Massachusetts Life Sciences Center examined the issue, it realized it needed to double down on manufacturing, and saw Worcester as a natural fit. He said that when completed, the biomanufacturing park could be a “clarion call” to the global life sciences industry.

Ms. Olson said the city’s life sciences sector should set its sights even higher, and start planning on building infrastructure to allow for the drugs developed and manufactured here to be tested in clinical trials on human beings. If Worcester invests in that last stage, it will become a center for innovation.

To support that innovation, the region should be looking inward for its workforce needs, Mr. McCready said. He said he hears from businesses often that workforce development is a major concern. He said high schools, colleges and career training centers in and around the city will need to have access to internships and training that can become paths to life sciences careers. That will create a more healthy “native” employment environment that doesn’t force the region to import talent, he said.

Mr. Murray said that’s a big part of his job at the chamber – connecting businesses to the workforce. But Mr. Dukakis said there are considerations outside the industry that could speed its growth even more. He said the state needs a first-class regional rail system to connect every city, and needs to figure out how to make housing more affordable.

“I would like to be able to get on a train and go places quickly and affordably,” Mr. Dukakis said.

The panelists talked about the history of the life sciences in the city, dating back to the siting of the University of Massachusetts Medical School and continuing on through the development of UMass Medicine Science Park, Gateway Park, and Worcester Biomanufacturing Park.

Officials also paid tribute to Kevin O’Sullivan, who stepped down at the end of 2018 after 20 years as president and CEO of MBI. Dr. Abraham W. Haddad was also honored; the longtime chairman of the MBI board of trustees decided recently to step down into a vice chairman role. He will be succeeded by Robert Anderson, former general counsel for BASF and Abbott.