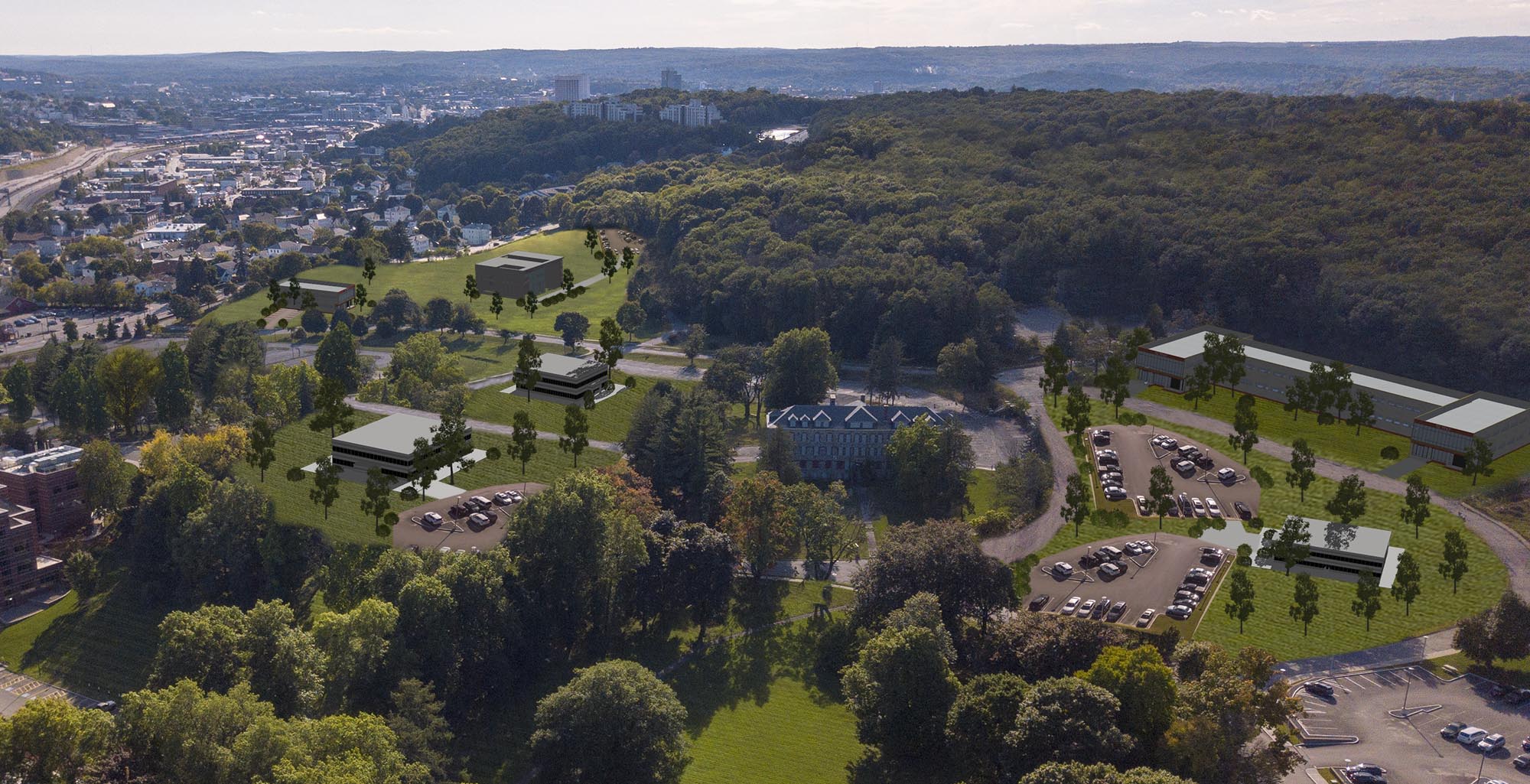 Worcester Telegram – October 2019
WORCESTER — The site’s master plan is done. The subdivision plan is approved, and the zoning is in place. And Worcester’s biomanufacturing park, The Reactory, is in final negotiations with its first tenant who hopes to start building in the spring next year.

But while the official ribbon cuttings may be awhile away, boosters say the steps are in place for a new industry and new jobs to come to Worcester.

“We’re off to a good start,” said Craig Blais, president and CEO of the Worcester Business Development Corp., the nonprofit developer of the park, said in a recent interview. “We have a lot of interest in the park right now, which is great for us, and great for Worcester.”

But why Worcester? What about this post-industrial, too-simplistically-but-nevertheless-often-described-as-“gritty,” Gateway City appeals to biotech companies?

The first “location” is Worcester’s proximity to Boston and Cambridge.

It’s no secret that Boston and Cambridge are booming with biotech.

Metropolitan Boston has more than 250 biotech companies, the top four National Institutes of Health-funded hospitals in the United States, and 48 colleges and universities, according to a marketing presentation for The Reactory.

In fact, Genetic Engineering and Biotechnology News ranked The Boston/Cambridge area as the top biopharma cluster in the country in 2018.

The industry is also growing.

The number of biopharma jobs in Massachusetts increased nearly 30 percent between 2006 and 2016, according to the Massachusetts Biotechnology Council. The Boston Business Journal predicts an additional 17 percent industry growth through 2022.

But this success has led to skyrocketing rents for biotech facilities in Greater Boston. And companies — particularly early stage companies — are seeking cheaper places to move. Worcester is far enough away that it can command significantly reduced rents while still providing easy access to that biopharma cluster in Greater Boston.

Compared with lab space that goes for $100 a square foot in Cambridge and Boston, Worcester’s lab space costs roughly $35 to $45 a square foot, said Jon Weaver, president and CEO of the Massachusetts Biomedical Initiatives.

The local location — in Worcester — is also pretty good.

Worcester has developed its own biopharma/biotech cluster with more than 60 biotech companies and 18 colleges and universities in the Worcester/I-495 corridor.

“The great news and opportunity for Worcester in biotech market is demand is really shifting out this way,” said Weaver. “It’s more affordable, you have access to a workforce, there are colleges and universities, and there’s the greater ecosystem from here to Cambridge.”

That being said, Worcester is unlikely to overtake Boston and Cambridge as the country’s biopharma hub.

But boosters said that Worcester can capitalize on its proximity — and its distance — from Metro Boston by focusing on biomanufacturing.

“Biomanufacturing or contract manufacturing is a huge opportunity for the city to complement, not compete with companies in Boston,” said Weaver. “I think Worcester is really ripe for the biomanufacturing.”

Which is where The Reactory comes in.

The project was catalyzed in 2015 after a report by consulting firm PricewaterhouseCoopers suggested Worcester could capitalize on demand for such production services by creating a zone for biomanufacturing.

The marketing report notes that 40 percent of finished drugs and 80 percent of active ingredients in biopharma are developed overseas.

So the WBDC began acquiring ownership of 46 acres of former Worcester State Hospital land on Route 9 in 2017 and 2018 and demolishing old buildings and filing plans. Demolition is scheduled to be completed by Thanksgiving, Blais said.

Meanwhile, the Planning Board approved a subdivision plan for the property on June 26, allocating eight pad-ready sites to be served by a public road, water and sewer, and other utilities.

At a meeting on Nov. 13, the board is scheduled to review a site plan for the first building to be constructed on the site: a roughly 110,000-square foot, two-story clinical and commercial research and manufacturing bio-pharmaceutical facility for WuXi Biologics, according to the application before the board. WuXi, based in China, could not be reached for comment.

“In general, we’re excited to see the reuse of the property,” said Stephen Rolle, assistant chief development officer for the city. “I think there is a lot of potential for biotech and in particular biomanufacturing in Worcester, and it’s an exciting project to see for Worcester.”

Blais said he and the company are still negotiating a final purchase-and-sale agreement but he hopes the company will begin construction in the spring and create 100 to 150 jobs. He said he anticipates the purchase and sale will be completed in mid-November.

Blais also said that other companies are showing interest. Although he declined to release names, Blais said two smaller biomanufacturing companies already established in Massachusetts and a large international biomanufacturer are also interested in the park in addition to a biomanufacturer master developer.

“We have clearly marketed and positioned the property so that we’re ready and open for business at this site,” Blais said. “We look very attractive in having the available land, laid out they way that they want — 1- to 1½-story buildings with plenty of parking and utilities already there. … I think it’s an attractive choice.”