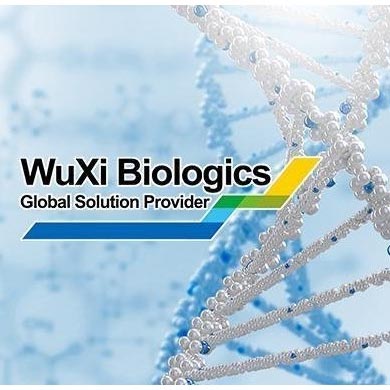 WORCESTER – A tax-relief plan for a proposed $60 million biomanufacturing facility to be developed by WuXi Biologics USA LLC at the former Worcester State Hospital site has cleared its first legislative hurdle.

The City Council Economic Development Committee Monday night unanimously endorsed a 20-year tax increment financing plan for the project that would save the company roughly $11.5 million in property taxes over the life of the plan.

During that period, the city would receive $20.7 million in new tax revenue from the project.

For more than 200 years that property has been classified as tax-exempt, thus generating no property taxes for the city, because it has been owned by the state.

In addition to supporting the so-called TIF for the proposed development, the council committee agreed to designate it as a “certified project,” making it eligible for state tax credits.

District 2 Councilor Candy Mero-Carlson, chair of the three-member Economic Development Committee, said having WuXi Biologics come to Worcester is a “big deal” for the city and its residents.

“This is an exciting time for the city of Worcester,” Mero-Carlson said. “The biotech industry has always been something we dream of, and now we are getting them here and making it happen.

“This is a big deal for MBI (Massachusetts Biomedical Initiatives), the city of Worcester and all the people who live in Worcester who will have an opportunity for great jobs at WuXi,” she continued.

WuXi Biologics intends to construct a two-story, 107,000-square-foot building on roughly 7 acres in the new 46-acre biomanufacturing park, known as The Reactory, at 305 Belmont St.

The park is being developed by the Worcester Business Development Corp. WuXi Biologics, a global Chinese biomanufacturing company, will be its first tenant.

Peter Dunn, an assistant chief development officer for the city, said landing WuXi Biologics as the first tenant is a huge milestone for The Reactory. He said it was the result of work done by many partners, including the state, MBI, the WBDC and the city.

“This is a shining example of taking a property that has never been on the tax rolls and putting it into productive use,” Dunn told the committee.

He said WuXi Biologics has signed a purchase-and-sale agreement with the WBDC to acquire the site and is working on plans for the project, which is expected to begin in a few months.

Dunn said the project will result in the creation of 150 new jobs. Those jobs will represent a broad range of skill levels and educational attainments, from high school degree or college certificate to bachelor’s and master’s degrees and doctoral degrees.

He said the average compensation, including benefits, across the 150 new jobs is about $70,000 a year.

Under the TIF plan, WuXi would pay full taxes on the $1.5 million base value and receive an average exemption of 40% on the incremental value increase of $34.5 million.

That means the company would realize a property tax savings of $11.549 million during the 20-year period, while it would pay the city an estimated $20.784 million in taxes.

Dunn added that it would also leverage $6 million in state tax credits awarded from the Massachusetts Life Sciences Center.

WBDC President Craig Blais said his group is pleased to have WuXi Biologics as the first tenants at The Reactory.

He said Worcester was competing against Pennsylvania for the company and credited all the work done by all the partners, led by the Baker-Polito administration, to get the company to come to Worcester.

He also praised all the work done by the city administration in moving so swiftly on the permitting process for the project.

“The WBDC has put $4 million into (The Reactory) project and we are now negotiating with two other prospective tenants,” Blais said. “We are very far along in our negotiations with a second tenant and possibly a third tenant. This project is off to a great start.”

MBI President Jon Weaver said WuXi Biologics is as big a deal in the biomedical field as Nike is in footwear.

The project also received strong support of the Worcester Regional Chamber of Commerce.

WuXi’s Worcester manufacturing facility will be its first in the United States.

WuXi Biologics manufactures biological products under contract for drug and medical device companies. The Chinese firm has 10 other manufacturing facilities for drug substances. Of those, two are located outside China, in Ireland and Singapore.

The company has also committed to establishing a program to provide down-payment assistance of $5,000 for employees who are first-time homebuyers purchasing a new home in Worcester, until it reaches its full 150 new full-time job commitment.

The committee’s recommendation will go to the entire City Council for final action later this month.