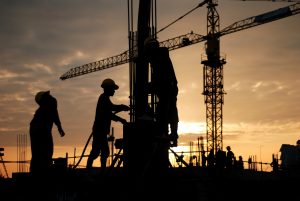 WuXi Biologics has angled for years to expand its manufacturing base out of China and into promising hubs in Europe and the U.S. Now, nearly two years after its plans were first announced, WuXi has secured a deal to build a new facility in Massachusetts in the biotech hotbed of the greater Boston area.

WuXi clinched a deal with the Worcester Business Development Corporation to build its first U.S. biologics facility at a 46-acre master-planned manufacturing hub dubbed The Reactory, the company said Monday.

The two-story, 107,000-square-foot facility will cost $60 million and employ 150 when it is fully operational in 2022, WuXi said in a release. According to the Worcester Telegram & Gazette, the Worcester City Council in January inked a 20-year, $11.5 million tax increment financing plan to coax WuXi, which will be the first occupant at The Reactory.

“We stand ready and able to help our global partners advance their innovative and life-saving ideas,” Chen said. “Together, I am confident that we have much to contribute to the biologics industry and patients worldwide.”

WuXi first announced its plans to build in Worcester back in June 2018 as part of an international push to expand its operations out of its home base in China.

The project, which is getting financial support from several state and local development groups, will have approximately 4,500 liters of bioreactor capacity, which will include two 2,000-liter traditional fed-batch units and one 500-liter perfusion-based continuous processing unit. This facility will handle both clinical and small-volume commercial production. An early-stage bioprocess development lab will also be included.

Months before, in April 2018, WuXi said it would lay out $392 million to build a biologics facility in Dundalk, Ireland, and create a campus of 2.8 million square feet. That project, its first outside of China, has been in the works for several years and has snagged support from Ireland’s development agency. The Dundalk plant will eventually employ 400.

In October, WuXi announced it would also build a new 15,520-square-meter, three-story vaccines manufacturing facility at the Dundalk site. WuXi said it would produce $150 million worth of vaccines a year for 20 years as part of a $3 billion deal with unnamed partner.

WuXi also has expansion plans in Germany, announcing in January that it had struck a deal to take over a Bayer plant in that company’s home city of Leverkusen.

WuXi said it would use the facility for its own purposes but also to provide backup supply for Bayer’s hemophilia drug Kovaltry if needed.