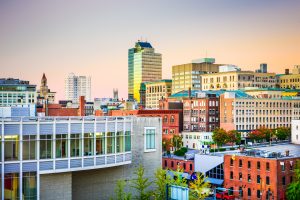 Two years after announcing plans to expand into the US, WuXi Biologics has signed a land deal allowing construction of a $60 million plant in Worcester, Massachusetts.

For Chinese contract development and manufacturing organization (CDMO) WuXi Biologics, 2018 was a landmark year, signaling major growth through the announcement of several expansions.

Along with several additional single-use biomanufacturing plants in China, the firm set its sites on global expansion, first announcing plans for a 54,000 L plant in Ireland, then a 4,500 L fed-batch and perfusion-based facility in Singapore, and finally a site in in Worcester, Massachusetts, US.

But for the CDMO, the US expansion has taken a couple of years to come to fruition with the firm announcing last week that it has signed a $1.5 million (€1.4 million) land deal with Worcester Business Development Corporation to commence building of the clinical and commercial manufacturing facility.

“We announced the plan in June 2018 and then started negotiations,” WuXi Biologics CEO Chris Chen told this publication.

The other change is that when plans were unveiled in 2018, WuXi Biologics earmarked the plant to be operational in the fourth quarter 2020. Now the 107,000-square-foot, two-story facility is expected to be operational in 2022, though Chen denied this was a deviation to the original plan.

Whenever the site is operational, it will form part of a 46-acre master-planned biomanufacturing campus on the former Worcester State Hospital property. It will also create 150 jobs and be a boon to the local economy, according to lieutenant governor of Massachusetts Karyn Polito.

“As the central Massachusetts biotech community continues its growth, WuXi Biologics’ arrival in Worcester will strengthen the sector and lead to ongoing economic development,” she said. “Years of planning and collaboration to transform an unused property into a biomanufacturing hub has led to this exciting announcement today and I appreciate the commitment of so many to making this a reality.”